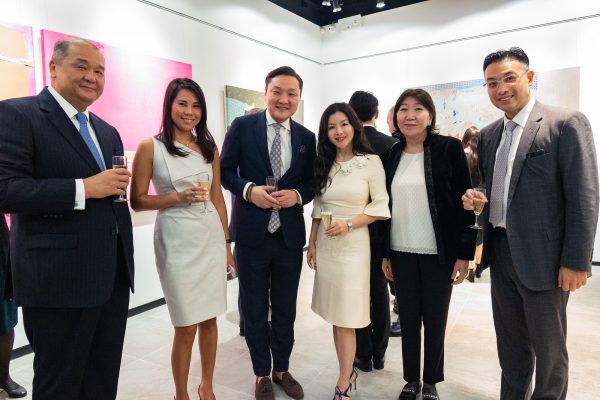 The Global Group: Present ‘Contemporary Art of Mongolia’, bringing the Work of Renowned Artists to Hong Kong with the support of the Consulate General of Mongolia in Hong Kong

Hong Kong, 26 March 2019 – The international venture capital and angel investment firm, the Global Group, is pleased to present ‘Contemporary Art of Mongolia’, a group exhibition featuring the works of six well-known Mongolian artists, Nomin Bold (b. 1982), Baatarzorig Batjargal (b. 1983), Boldbaatar Chultem (b. 1955), Sukhburen Narankhuu (b. 1982), Enkhnomin Hundmaa (b. 1985) and Uuriintuya Dagvasambuu (b. 1979), with the support of the Consulate General of Mongolia in Hong Kong.

Dr. Johnny Hon, Founder and Executive Chairman of the Global Group and Honorary Consul of Grenada in Hong Kong, Ms. Vicky Xu, Founder and CEO of Areteos Family Office, and Mr. Samdan Erdene , Consul General of Mongolia in Hong Kong and Macao, hosted the opening night, which was held at the renowned Areteos Art Space in Central. The exhibiting artists and a number of distinguished guests from various walks of life were in attendance.

Following the collaborations with the Argentine and South African Consulates General, this is the third time for the Global Group to join hands with consulates in Hong Kong to display outstanding art works. Generous in its support for the arts, the Group has recently hosted a series of events exploring different cultural perspectives, an important step towards creating a community where each of us feels connected. Over the past years, the Group has been committed to providing a unique platform for Hong Kong audiences to view art from different societies, thereby enriching minds and inspiring audiences with fresh creative and aesthetic viewpoints.

Against varied traditional and cultural backgrounds, the exhibiting artists explore diverse themes in their work. Young artist Nomin Bold specialises in painting in the Mongol Zurag style developed in the early twentieth century and expresses through her work the development of Mongolian society and politics in the globalised age. Her works are aesthetically sophisticated, full of detailed references and symbols that focus on the internal conflicts of the young generation struggling to find its identity, as well as the friction between tradition and modernity.

Taking the theme of cultural legacy in another direction, Baatarzorig Batjargal’s oeuvre is particularly concerned with the loss of traditional heritage through a succession of systems, from the bureaucratic rigidity of the state socialist period to the inequalities and often empty consumerism of the new capitalism. Creating a rich tapestry depicting various periods, the portraits in his series include gods, shamans, artists, intellectuals, warriors, noblemen, politicians and oligarchs.

Meanwhile, having made his name as a respected art historian and critic, Boldbaatar Chultem has also been pursuing a career as an artist since 1981, earning the distinction of being one of the first Mongolian artists to exhibit in the West.

One of the promising young sculptors of Mongolia, Sukhburen Narankhuu has held numerous solo and joint exhibitions. His sculptures are in a number of public, corporate, and private collections, including that of  Tsakhiagiin Elbegdorj, who served as President of Mongolia, 2009-2017.

Enkhnomin Hundmaa, one of Mongolia’s most promising young artists, takes family as a central theme in her work, seeing happiness in the home as intrinsic to personal happiness. Enkhnomin explores nature, flora and fauna, humans and human behaviour in her creative works. She sees nature as a reflection of humankind – it exudes joy, worry, sadness and frailty, just as we all do.

Last but certainly not least, the graphic and symbolic qualities of Uuriintuya Dagvasambuu’s paintings are particularly pronounced, with the inclusion of recognisable motifs from traditional Buddhist paintings — along with East and Central Asian aesthetics in general — as well as psychologically charged imagery of contemporary life.

Dr. Johnny Hon, Founder and Executive Chairman of the Global Group and Honorary Consul of Grenada in Hong Kong, commented, “We are delighted to present this exuberant exhibition that celebrates the magnificent heritage and culture of Mongolia, a country I know well. We will continue to support a number of platforms in Hong Kong for the presentation of art exhibitions through a series of partnerships and collaborations with various consulates, in the belief that art is important for a healthy society and should be a part of everyday life.” 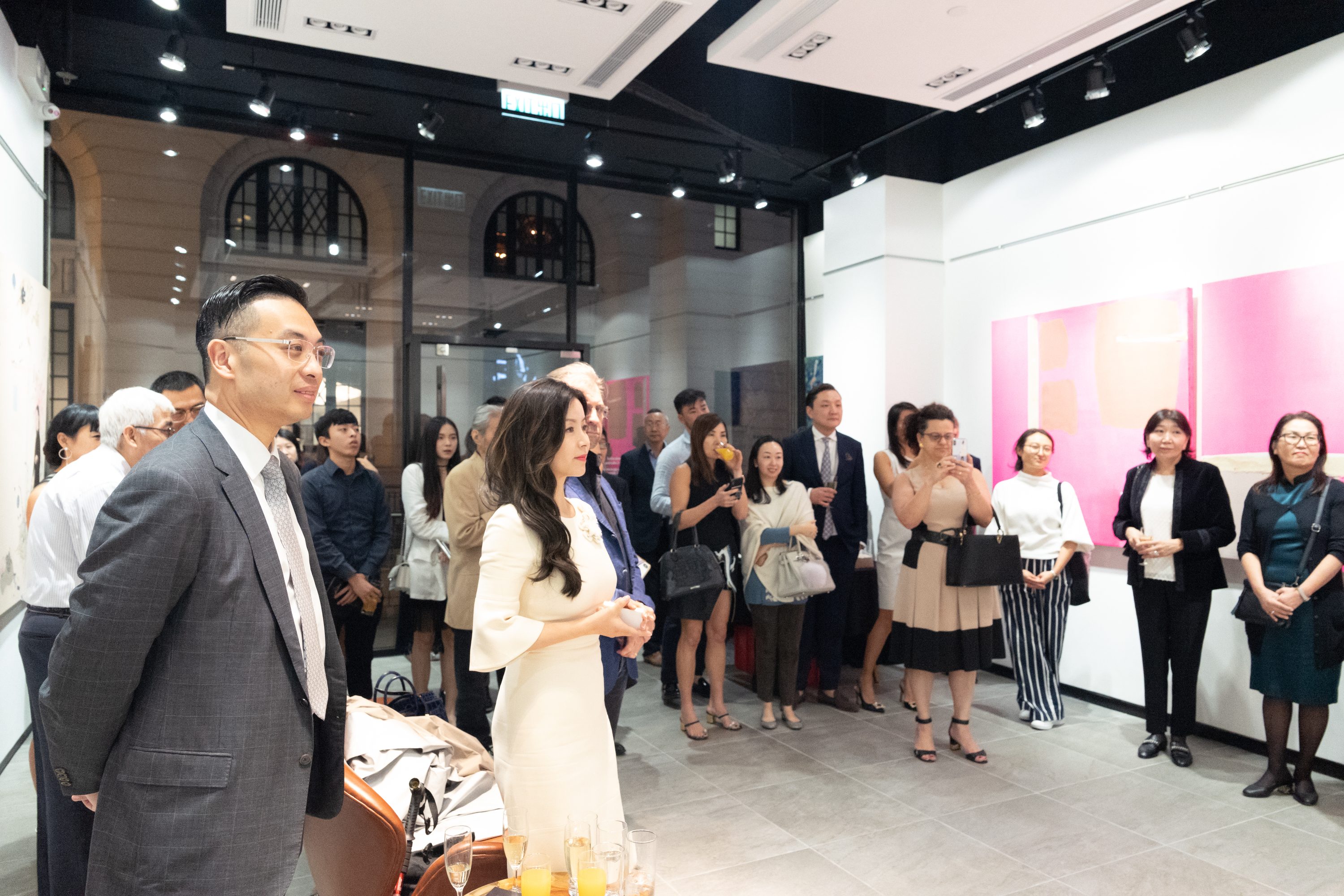 The VIP guests attended to celebrate the opening night of Contemporary Art of Mongolia exhibition.

The opening night of Contemporary Art of Mongolia exhibition was held at Areteos Art Space in Central. 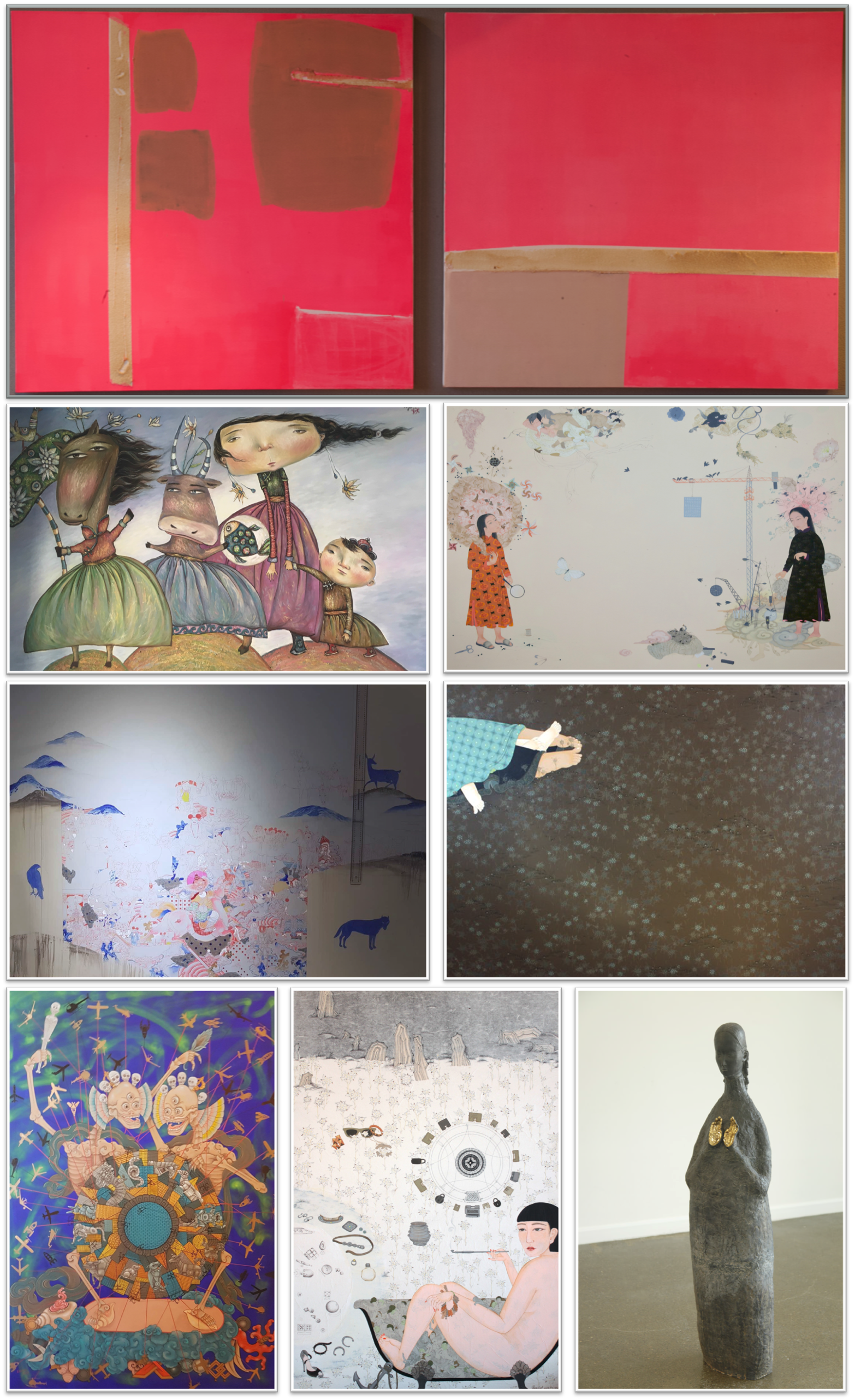 The exhibition of Contemporary Art of Mongolia is open for public viewing at Areteos Art Space from 26th March to 17th May 2019.